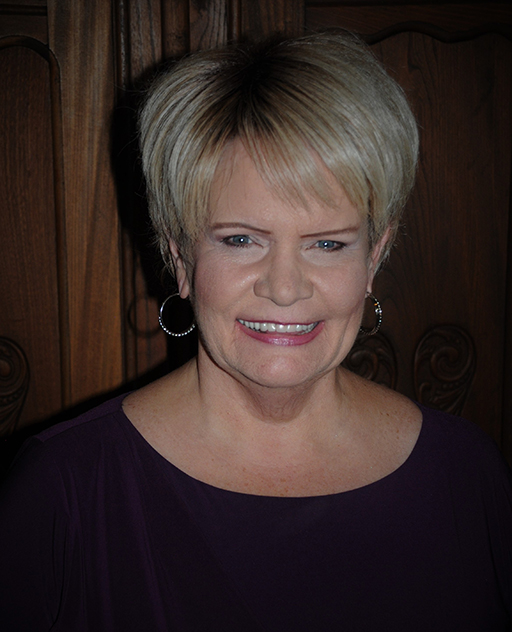 Mary Jo Prince ’78, a passionate traffic safety educator, joined Texas A&M’s AgriLife Extension’s Family and Consumer Health Division in 2014 and currently serves as the Brazos Valley Injury Prevention Coalition’s Program Coordinator. With her commitment to making an impact on saving lives, especially those of Texas A&M and Blinn students, she cherishes every opportunity to combine her traffic safety educator aspirations with her dedicated volunteerism for agencies that share her life-saving mission.

In recognition of her commitment to serving the Brazos Valley, Mary Jo was recognized in 2018 as a Bryan-College Station Prenatal Clinic’s “You’re The Tops” honoree. Lastly, this year she was named one of four prestigious Bryan-College Station’s KBTX-TV’s 2020 “Jefferson Award” winners.

Randi Mays-Knapp ’79 is an entrepreneur who helps individuals develop effective social skills to interact successfully and sell themselves in professional and personal contexts. She offers her services as coach and presenter to organizations, groups, and individuals.

As a recruiting manager for Andersen Consulting’s Houston office in the 1990s, Mays-Knapp realized that technically competent employees needed better interpersonal skills. She took the initiative to create Andersen’s etiquette trainings for these professionals.

After taking a break from corporate life to raise her children, Mays-Knapp started her entrepreneurial journey in 2003. “If you are an athlete, you work with a good coach to get better. In the business world, it is the same. When teaching, the classroom is my field, and the participants are my team.”

Coach Knapp is an active presence across Texas A&M University. She currently serves on the Mays Business School Department of Marketing Advisory Council. She was the first female president of the Houston A&M Club, returning to the club in 2011 to be the first female Muster speaker. She served as a class agent for nearly two decades and as an Area Representative for the Association of Former Students. She is a past chair of The Texas A&M University System Chancellor’s Century Council, was the first woman to serve on the 12th Man Foundation’s Board of Trustees, was past chair of the Sterling Evans Library Advisory Committee, and a 2015 Fish Camp Namesake. She co-founded and ran Houston’s Howdy Club in the 1980s. She and her husband, Averyt, are members of the 12th Man Foundation Athletic Ambassadors, Texas A&M’s Legacy Society, and Chancellor’s Century Council.

When not coaching, she is a member of Community Bible study, The Woman’s Club, and chairs the stewardship committee of her church. She is a sustaining member of the Junior League, a past board president of The Prenatal Clinic of the Brazos Valley, served as PTO president for several College Station ISD schools, was an advisor for recruitment and new members in her sorority, and started both a women’s Bible study and mom/daughter service organization. Coach Knapp also was instrumental in increasing membership for the Brazos Valley Symphony by enhancing the Symphony Belle program for high school juniors and seniors. She is the founder and organizer of Brazos Valley Greeks, an organization that assists local women in marketing themselves in the sorority recruitment process. In her spare time, she is a scrapbooker, bread baker, photographer, and social organizer.

Coach Knapp earned her undergraduate degree in marketing from Texas A&M in 1979. She currently lives in College Station with her husband, Averyt Knapp ‘76. They are blessed to parent three grown daughters, Taylor, Sterling ’14, and Holland. “My life journey is a testament to the generous gifts God has entrusted to me.” 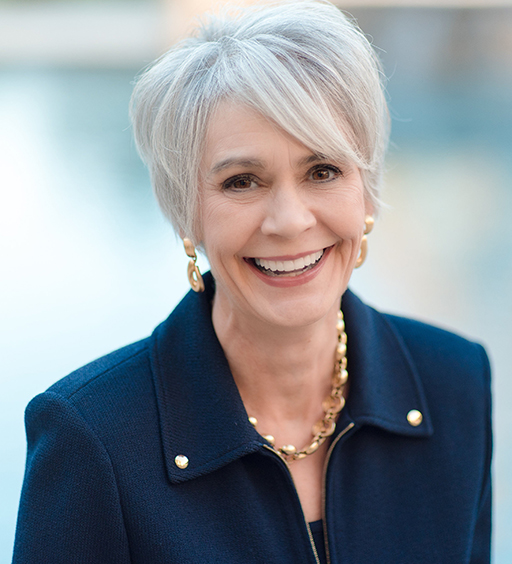