Her Time to Shine

Be creative and don't be afraid of sharing
your true passion with others. 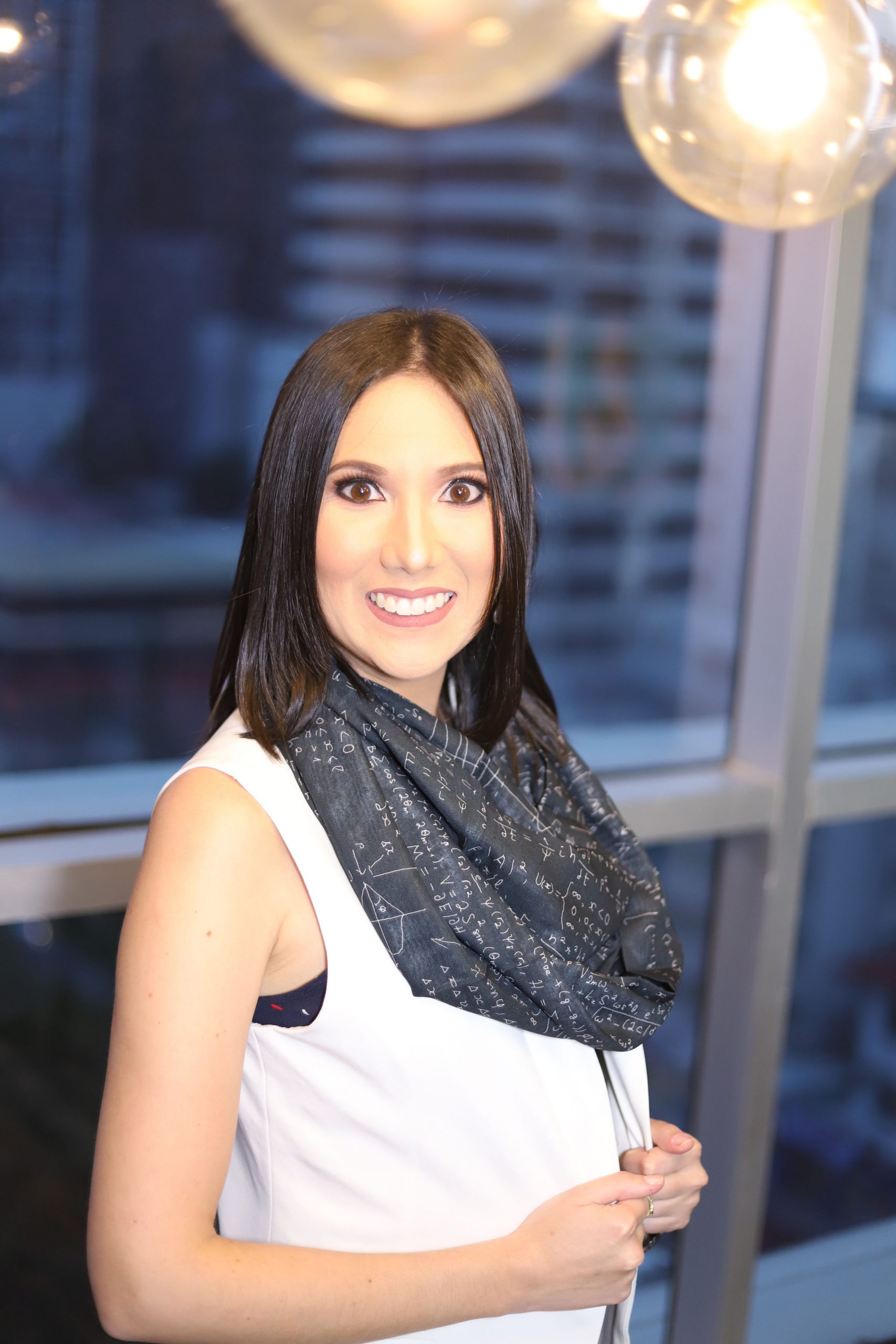 Aggie women are doing extraordinary things across the globe and the Aggie Women Network want to shine a spotlight on each of them.

From 2012 until 2019, Dr. Shakalli worked at the National Secretariat of Science, Technology and Innovation (SENACYT) of Panama. Dr. Shakalli is currently the Executive Director of the Panamanian Foundation for the Promotion of Mathematics (FUNDAPROMAT), a private non-profit Foundation whose mission is to promote the study of mathematics in the Republic of Panama.

Since 2017, she is the International Mathematical Union (IMU)’s Committee for Women in Mathematics (CWM) Ambassador for Panama. Dr. Shakalli currently serves as Secretary on the Board of Directors of the Panamanian Association for the Advancement of Science (APANAC), Secretary on the Board of Directors of IEEE Panama Section, and Program Committee Chair of the Special Interest Group of the Mathematical Association of America (MAA) on Recreational Mathematics (SIGMAA REC). Moreover, she is the Executive Coordinator of the Panama Pod of 500 Women Scientists and a member on the Advisory Council of the Gathering 4 Gardner (G4G) Foundation.

Why did you choose to be an Aggie?

I chose to pursue my graduate studies at Texas A&M University due to the excellence in teaching, the quality of research and the amazing faculty members in their Department of Mathematics. As soon as I was admitted, I was assigned a first-year graduate advisor, Dr. Paulo Lima-Filho, who was always looking after me to make sure that I was adapting well to the courses, the program and the new environment. As an international graduate student, Texas A&M University recognized the importance of having a support system so that every student can reach their maximum potential. Later on, I chose Dr. Sarah Witherspoon, who is currently the Head of the Department of Mathematics, to be my PhD thesis advisor. She was the best advisor any student could hope for!

What is your favorite memory as a student?

My favorite memory as a graduate student at Texas A&M University was spending quality time with my fellow classmates. I met amazing people from diverse countries like Mexico, Nepal, Uruguay, Canada, Czech Republic, United States, India and many others, who I still consider to be my friends. My most precious moments were by far learning about their different cultures, sharing anecdotes about our lives and experiences, and realizing that even though we come from distinct backgrounds, we are so similar in so many ways.

What advice do you have for current students/students about to graduate?

Seize the moment! Time flies so fast that in a blink of an eye, everything changes. Also, be flexible to adapt to the new situation, whatever that might be, and make the best of it! Be creative and don't be afraid of sharing your true passion with others. For instance, I love mathematics! People used to make me feel uncomfortable whenever I shared my passion for mathematics with others but now I use it as an opportunity. If they say something like "I never liked math," I try to change their perception towards mathematics and help them see the beauty and richness of mathematics with concrete examples, such as the connections between magic and math, or music and math, or origami and math. Since math is all around us, there are endless examples that we can come up with, depending on their personal likes and dislikes.

What is your favorite quote or mantra that you live by?

"If you do what you love, you'll never work a day in your life."
– Marc Anthony

What is your greatest accomplishment/project you’re most proud of?

During the pandemic, I have organized more than 140 virtual events on mathematics with more than 16,000 participants, including kids and adults of all ages from diverse countries like Panama, Spain, Argentina, Chile, Costa Rica, Colombia, Guatemala, Ecuador, Venezuela, Brazil, Peru, United States and many more Spanish-speaking countries. As the Executive Director of the Panamanian Foundation for the Promotion of Mathematics (FUNDAPROMAT), I want to inspire our youth to study math or follow a career in STEM. I also want to convince the general population that math is not only fun but it also has many interesting applications. It is overwhelming how FUNDAPROMAT's mathematical outreach efforts have impacted the international community and in only 6 months!

What were you going to be when you grew up?

I had no idea what I wanted to be when I grew up. My mom wanted me to study medicine since she is a pediatrician. My dad wanted me to study something business related since he has a PhD in Chemistry but he is the CEO of a chemical company in Panama so he figured that something business related might help me succeed in life. Unfortunately (or fortunately, depending on how you look at things), I was not interested in either of them. During my first year as an undergraduate student at the University of Notre Dame, I had to take the regular core courses as part of the undergraduate program. I enjoyed learning about mathematics and chemistry so much that I decided I wanted to study both so I obtained my Bachelor of Science in Mathematics and Chemistry from the University of Notre Dame in 2007.

"The answer to the ultimate question of life, the universe and everything is… 42."
– The Hitchhiker's Guide to the Galaxy.

If you could have any superpower, what would it be?

I would love to have a switch in my brain that I could turn on and off that would allow me to read people's minds. I have always wondered what on Earth is going on inside people's heads. With this superpower, I could work on a research project to analyze how people truly think and reach conclusions following their own personal logic. In fact, this superpower could even be temporary because what I genuinely want is to help avoid so many conflicts among human beings by examining the results of this study.

How long would you last in a Zombie Apocalypse? Why?

I do not think I would last long in a Zombie Apocalypse because zombies scare me to death. I genuinely dislike scary movies and I avoid watching them at all cost.