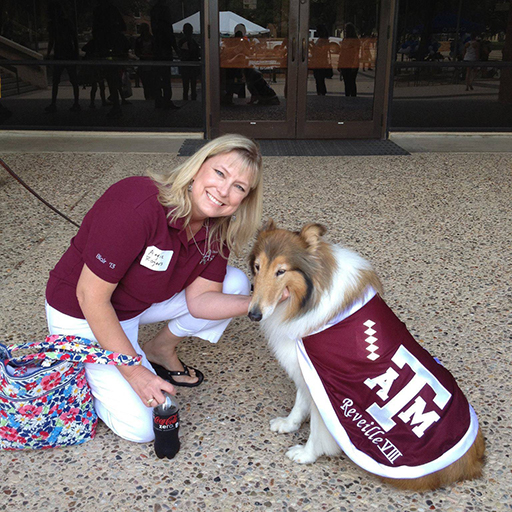 Angie Stooksberry Rogers '84 received her Doctor of Veterinary Medicine degree in 1987 from Texas A&M University and practices at Eldorado Animal Hospital in McKinney, Texas. She currently serves as a board member of the Friends of the Texas A&M Libraries and on the Biomedical Sciences board with the College of Veterinary Medicine and Biomedical Sciences.

In 2015 Angie’s son, Brandon, lost his life to a heroin overdose after many years of struggling with addiction. Since her family’s devastating loss, Angie has worked incredibly hard to help those who struggle with addiction. With the help of The Association of Former Students and generous family and friends, she established the Brandon Rogers Endowed Memorial Scholarship Fund. She advocated for the need for a collegiate recovery organization; thus, the Aggie Recovery Community was born in 2016. Angie also continues to serve on the Recovery Services Committee at Texas A&M.

Today, Angie is an avid volunteer in the local recovery community. Despite her pain, she persists, raising awareness about substance abuse and recovery through many outlets.

Rita Barrera Hernandez Ed. D '86 is a first-generation college graduate. After earning her education degree from Texas A&M University, she returned to Brownsville, Texas, where she taught middle school. Her commitment to her craft and dedication to her students earned her Teacher of the Year recognition. After succeeding as a popular teacher, high-performing principal and successful assistant superintendent, she retired from public school education after 30 years.

She fosters relationships with university leaders to create a pipeline of students in Brownsville to Texas A&M University. Together with other local Aggies, they have sponsored countless senior trips for high school students to attend university tours and athletic events. Her dedication to her students helps create legacies for future Aggies and beyond. 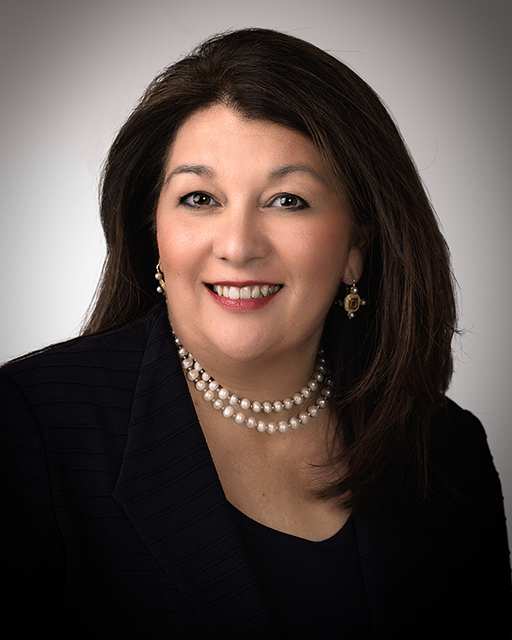 Charean Williams ‘86 started her career in 1994 as a Tampa Bay Buccaneers beat reporter for the Orlando Sentinel. After six seasons, she began working for the Fort Worth Star-Telegram covering the NFL and the Dallas Cowboys. Since Charean’s first season covering the NFL, she has built an incredible career and won numerous awards. She earned a place in the Pro Football Hall of Fame in 2018, as the first woman to win the Dick McCann Award. In 2007, Williams became the first female member of the Pro Football Hall of Fame Selection Committee. She was also the first female leader of the Pro Football Writers of America (PFWA), serving in the position during the 2009-10 NFL seasons.

Williams, who earned the nickname “Mother Football,” was selected to the Texas Sports Hall of Fame in 2019. She received the 2017 Blackie Sherrod Award from the Dallas Sports Commission for lifetime achievement covering sports in the Dallas-Fort Worth area. She was inducted into Texas A&M’s Former Journalism Student Association’s Hall of Honor in 2012.

In her more than 30-year career, Williams has covered 25 Super Bowls and seven Olympic Games. She currently works as an adjunct professor at SMU and has worked for Pro Football Talk, NBC’s digital NFL site, since June 2017.